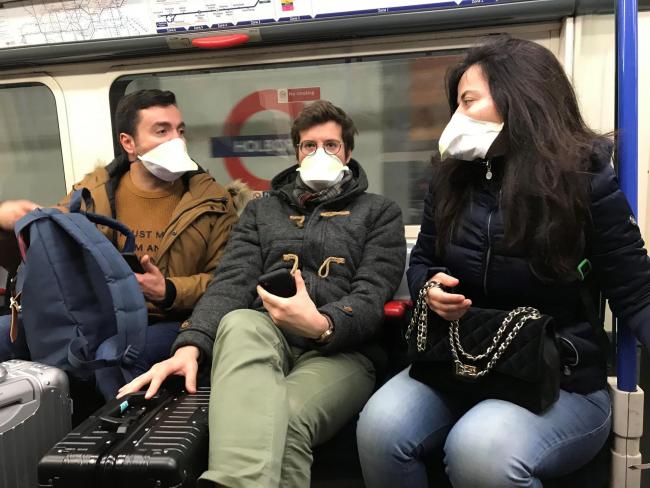 I have not worn a suit for a year. I hate wearing suits but I am so looking forward now to putting one on. It would mean that business is back to a sort of normal and we are no longer living in this demi-monde of the pandemic. It would mean that I would stop looking at office meetings on TV shows and think about how that used to be the norm. I would stop looking at crowded scenes of public transport on old news footage and shed a little tear for this lost world. And so much more.
When a colleague told me that she felt somewhat remote from the world since starting to work from home last March, I said I felt the same way. And then I realised this was wrong. That world simply no longer exists. Nowhere are there any of those scenes of normality that we took for granted for so long, never thinking about how any of it would ever be so different. We did not imagine, then, just what a tiny virus, a semi-form of life neither sentient nor rational, could do to us.
Things are getting worse by the day with infection numbers and hospitalisations soaring and the new lockdown is imminent. The vaccine, which I admit I predicted would take far longer to arrive, is the only source of hope. But what of the world after it? In  economic terms, this is a disaster on the scale of the 1929 Crash and its aftermath. Sure, the vaccine will enable people the well-off to return to their affluent lifestyles and go to restaurants and parties, but for the vast majority of people there will be little cheer. The Zoomers may have saved money by working from home and not spending their lunch money on overpriced sandwiches, but  those able to have worked from home and stayed in their well paid jobs are in a minority. Many more will have lost their jobs or had their incomes severely reduced, pushing them into debt.
All this has enormous implications for the transport industry. As I have written before, the impact on public transport will be longlasting and therefore will affect the long term economics of the industry. The industry will become much more dependent on the state and, if, a big if, we had a sensible non-ideological government able to think through what is required in this new situation, the pandemic could be presented as an opportunity for long term change and a shift away from the ‘growth for ever’ policies supported by all the major political parties. Instead, I suspect we will have a piecemeal approach that fails to address the fundamental changes taking place at a far faster pace than had been expected.
It is difficult, dear reader, to celebrate this New Year, but here’s hoping it won’t be as bad as we are all expecting.
On the website, there are new articles from Rail magazine on rail replacement services here and on an excellent report on Welsh transport here, reviews of my new book here, here , and here and a piece I did for Private Eye on the secrecy surrounding HS2. I also wrote for Prospect magazine, with Pearl Ahrens a fellow trustee of the London Cycling Campaign, about the culture wars that have fomented so much controversy over low traffic neighbourhoods here.

I am about to receive a new stock of my latest book, Cathedrals of Steam, which can be purchased, signed and at a discount (£18 plus £3 p and p), by emailing Christian.wolmar@gmail.com and several other of my hardback books are also available for a tenner. And you will get a free copy of my book on driverless cars as a bonus.